In NC Farm Bureau Mut. Ins. Co. v Dana, Bill persuaded the North Carolina Supreme Court to overrule a NC Court of Appeals decision from the year 2000 that required underinsured motorist coverage benefits to be calculated, in some claim scenarios, in a manner that was inconsistent with the policy provisions and the governing statute. The Supreme Court ruled in favor of Bill’s client (Farm Bureau) and held that Farm Bureau’s method of calculating the benefits was correct.

Bill obtained a significant settlement for a 75-year old woman who was involved in a head-on collision. Bill’s client sustained a foot crush injury and several fractured-dislocated bones in her foot which required surgery. Through investigation, Bill discovered that the at-fault driver was on-the-job for a California employer and the employer’s insurance company contributed to the settlement.

Bill represented the driver of a car who accidentally rear-ended a vehicle occupied by four people. The driver of the other car and two passengers filed a lawsuit in Ashe County, claiming neck and back injuries and combined medical bills of approximately $30,000. Through aggressive discovery, Bill obtained the plaintiffs’ pre-accident medical records from various physicians in Texas, which revealed that two of the three plaintiffs had similar neck and back problems before the collision in question. The jury found that none of the plaintiffs were injured by the collision with Bill’s client and awarded zero damages.

Bill represented the defendants in a case in Surry County where the plaintiff alleged that one of defendants’ cows escaped from a pasture and trampled him, causing serious permanent injuries and total disability. The jury returned a verdict for the plaintiff in the amount of $350,000. Bill appealed to the North Carolina Court of Appeals and argued that the trial judge should have dismissed the case because plaintiff failed to prove that the defendants engaged in any negligent conduct which caused plaintiff’s injuries. The Court of Appeals agreed with Bill’s argument and reversed the trial court’s judgment.

Because of Bill’s expertise regarding underinsured motorist coverage, he was associated by another attorney to assist with a case involving complex underinsured coverage issues and severe orthopedic injuries. Bill and his co-counsel obtained a significant settlement for their client in February 2013.

Bill represented the driver of a car who rear-ended a car in Mooresville. The plaintiff filed suit in Iredell County, claiming injuries to her neck and back and also emotional problems related to the accident. Plaintiff requested compensation of more than $804,000 for medical expenses, lost wages and pain and suffering. Through aggressive discovery, Bill was able to obtain plaintiff’s pre-accident medical and psychological records, which revealed that plaintiff had similar physical and emotional problems before the accident. The jury returned a verdict in the amount of $493, the exact amount Bill suggested to them during his closing argument.

This is only a partial list of cases handled by William F. Lipscomb since January 2012.  While these cases may provide information about Bill’s past track record, these results do not predict the outcome of future cases which will be determined by the unique facts of those cases and the law in effect at the relevant time. 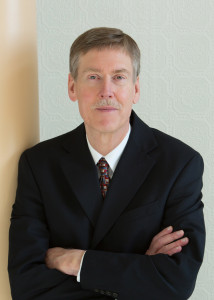